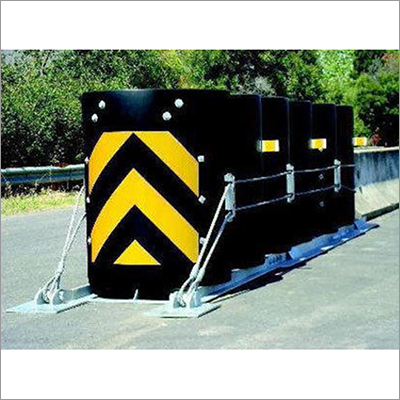 REACT-350 is self-restoring Crash Cushion that absorbs the energy using smart plastic cylinders made of high molecular weight, high-density polyethylene (HMW/HDPE) plastic, they typically regain up to 90% of their original shape after an impact. REACTâ€”meets requirements of NCHRP-350 Test Level-3 as a re-directive, non-gating crash cushion.


The REACT- 350 of Crash cushions is designed for permanent and work zone sites where impacts are expected more than 3 times per year or where traffic congestion and maintenance management is the concern for work crews.


The REACT-350-II is highly efficient, the reusable crash cushion that features 6 high molecular weight/ high-density polyethylene (HMW/HDPE) cylinders attached to a steel base track. The system is NCHRP 350 Test Level complaint as a directive, non-gating crash cushion. The REACT- II has proven self-restoring characteristics after impacted at 62 kph by a 1,808 lb (820 kg) car, or by a 4,409 lb (2,000kg) pick-up truck. The REACT-II can be used to shield narrow hazards of up to 3’ (914mm) wide. 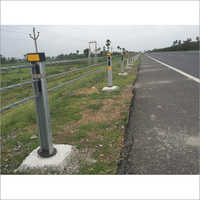 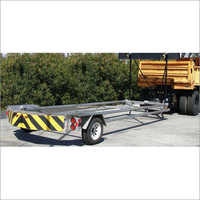